The Best Actor of the 1990s: Kevin Spacey

To claim that Kevin Spacey was the best actor of the 1990s is something along the lines of saying that the biggest jerk in every high school in America during the 1970s drove a black Trans-Am. Duh! The 1990s witnessed the ascendancy of Robert DeNiro to the position of one of the best comic actors around, saw Al Pacino slip even deeper into obsolescence and gave one reason to watch Dustin Hoffman movies again. But who is there, really, to compete with Kevin Spacey? Well, okay, there is Stephen Rea, but I’m still going with Kevin Spacey. 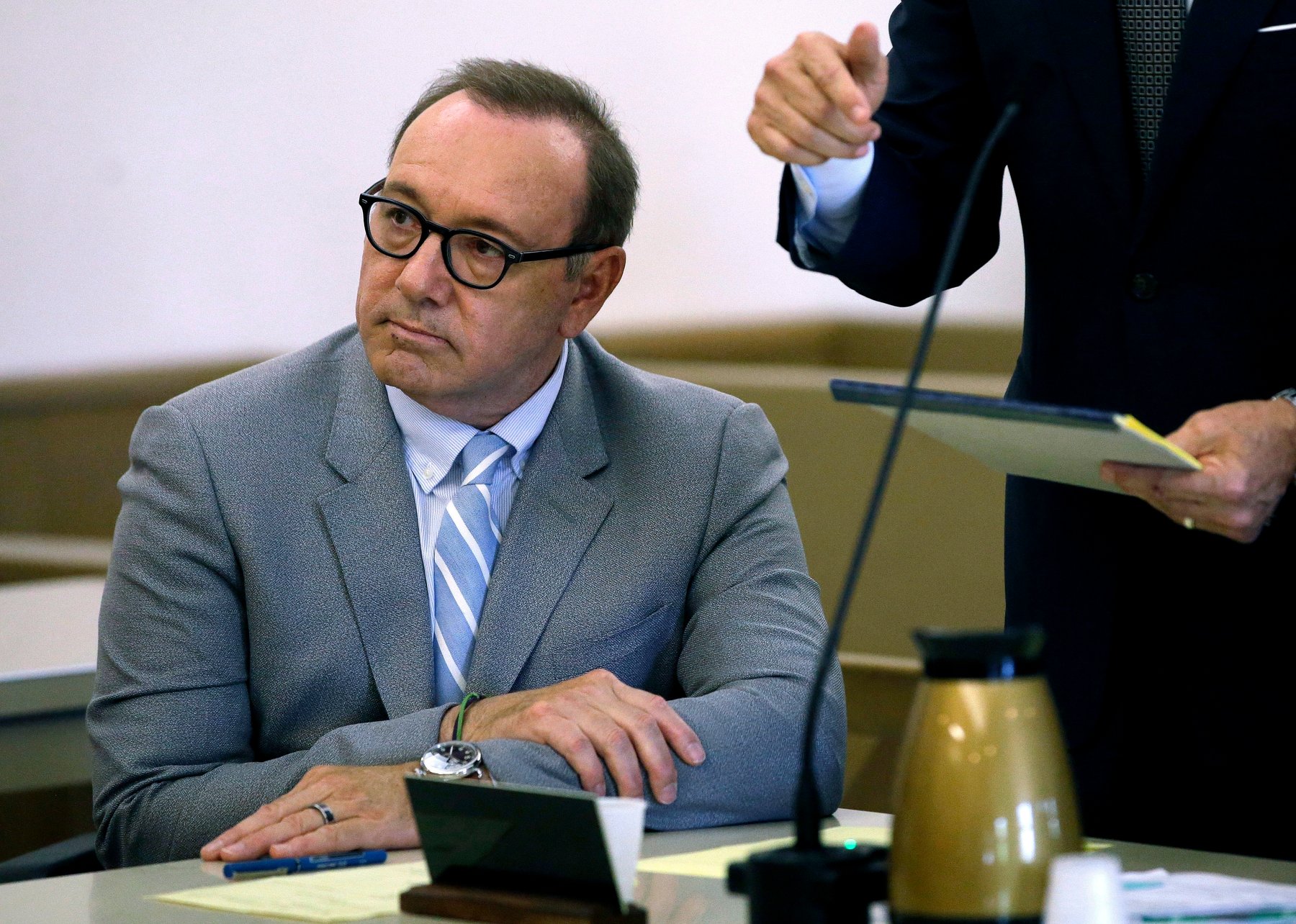 It was the crime drama Wiseguy that brought Kevin Spacey to the attention of many of his present-day fans. I found how to watch it on 123 Free Movies helper site. His turn as the incestuous nutzoid crime tsar Mel Proffitt was pure genius. Nobody who saw him Spacey on Wiseguy will ever forget it. A few years later young Kevin Spacey found himself on a movie set surrounded with legends like Al Pacino, Alan Arkin and Jack Lemmon as well as up and coming stars Ed Harris and Alec Baldwin. He more than held his own. In any movie he’s in, Kevin Spacey typically is the best thing in it and that is certainly true of movies like Swimming With Sharks and The Ref. That was especially true of two movies he made smack dab in the middle of the 90s: Outbreak and Seven. (Notice my refusal to stick that stupid “7” in there.) The only movie I can think of where Kevin Spacey wasn’t the best thing in it was The Usual Suspects. Personally, I’ve always thought Benicio Del Toro was the best thing in that movie. Since Outbreak was stupid, so we’ll focus on the other two. Kevin Spacey won his first Oscar for The Usual Suspects as Verbal Kint. Frankly, I always thought he was more impressive in Seven. Either way, I’m glad he walked away from the Oscars with a little bald man to put on his trophy case. By 1995 it was already clear that barring a total breakdown Kevin Spacey was going to end up as the best actor of decade. 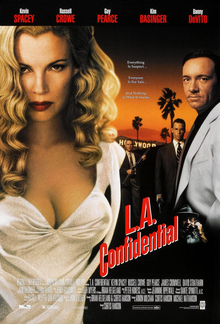 Again, he was the best thing in a movie filled with fine performances-Kim Basinger’s Oscar-winning underachievement notably excepted-with his portrayal of the porn-love Vincennes in L.A. Confidential. My only complaint is that he wasn’t given the full extent of Vincenne’s depth of perversion to play; the characters of L.A. Confidential are so much more complex in the novel than in the watered-down film version. Spacey’s death scene has always been the highlight of the movie for my wife and I. As with L.A. Confidential, Spacey is the best reason to sit through Midnight in the Garden of Good and Evil. He seems to have such deliciously wicked fun making light of the gay rumors that surround him in the role of the gay murderer(?) in this offbeat attempt at southern Gothicism. But the best was still to come.

Although I can’t agree that American Beauty was deserving of the Oscar for Best Picture-that honor must surely have gone to Fight Club-there is no denying that every single actor in American Beauty turned in the performance of their life so far. I was never a big fan of Annette Bening, but she was definitely cheated out of an Oscar. I expected huge things from Wes Bentley based on his performance and so far am still waiting. Kevin Spacey may one day top his brilliant performance in American Beauty, but not so far. Lester Burnham almost makes up for the fact that Kevin Spacey wasn’t given the chance to play Andy Kaufman in Man on the Moon. Almost. There is something in Spacey’s eyes that lets you know right away that he tuned into this guy in a way he hasn’t since Mel Proffitt. He takes the opportunity for an Oscar-winning performance and runs. It is my considered opinion that Kevin Spacey’s extraordinary acting blinded critics and Oscar voters to the many flaws of American Beauty. It is such a deep and rich job of acting that I can see how it could have that effect.

The problem seems to be that after winning the Oscar Kevin Spacey walked right into the Oscar curse. Spacey hasn’t become a bad actor, but he seems almost to have lost interest. And when an actor loses interest in acting the result is bad news for fans. Witness Brando’s work in the 60s. One hopes that a part will come along to fire up Kevin Spacey again; clearly he is a major talent and could go on to have a long career like Frederic March.

Few will argue about the value of true friendship. However, loyalty isn’t always easy to come by; with friendships fading with time or breaking apart because of some sudden event. Btw you can find all that movies to watch free on fmovies new site. It’s a good thing we have movies to teach us what […]

Here you’ll find top sites to watch movies and tv-shows for free, sites like https://www.123movies.gdn/, Putlocker, and others. Long gone are the days of sitting in front of your television set impatiently waiting for the clock to strike the time when your favorite tv soap aired, browsing mindlessly through channels searching for something good to […]

Watching movies and series for free is quite possible if you know where to look. There are dozens of websites which offer this opportunity. We’ve gathered the top 10 options which are the leaders in this niche. Get the most suitable for you and enjoy free content from any device. Top 10 options you can […]

Top The Most Popular

Is It Legal to Stream Movies on 123Movies?

How Legal Putlocker and 123Movies Are?

Websites for Free Movies and Series You Probably Never Heard of